Nokia is setting their goals for another Lumia Windows smartphone possessing its “revolutionary” 41Mp PureView camera from the Symbian-operated Nokia 808 PureView. 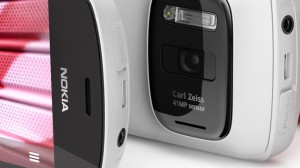 The superb 41Mp camera of Nokia 808 PureView may, perhaps, be making its way on a Lumia Windows 8 smartphone. The new smartphone is codenamed as EOS and is rumoured to be launched anytime this year.

Nokia’s current leading handset, the Lumia 920, also possesses PureView technology but with an 8.7Mp camera. Patrons queried Nokia’s flagship unit for its lack of 41Mp sensor when it was launched at the end of 2012.

The 41Mp camera was unveiled at the Mobile World Congress in February 2012 on Nokia’s Symbian-powered phone, the 808 PureView. The handset’s captured photos drew excellent reviews at the time. The 41Mp is designed to capture brilliant images even in low light instead of taking astoundingly large pictures. By default, the camera is set to shoot at 5Mp but can be set to its maximum for better image quality.

Aside from the camera, the EOS is said to be made with aluminum body for improved durability unlike their current range of Lumia handsets which are made with polycarbonate. It is believed that the aluminum structure will be carried on to other handsets that the company is planning to release this year, including the updated version of Lumia 920.

Mobile World Congress is said to come on the second quarter of the year attended by all leading smartphone brands, including Nokia. So it’s likely, if Lumia EOS with 41Mp PureView technology does exist, it will be unveiled there.