Singapore is known for its famous infrastructures, business enterprises and tourist spots. As a result, many people travel everyday to see what Singapore can offer. In fact, Changi Airport released a report saying that 13.05 million passengers came to Singapore in the first quarter of 2013. Changi Airport services over 100 airlines (domestic and international). Here’s a list of airlines that have current Air Operator Certificate given by the Civil Aviation of Singapore: 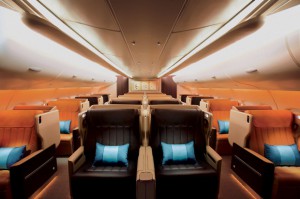 Jetstar Asia is a low cost airline which is a subsidiary of Australia’s Qantas. Aside from Singapore, it also flies to Malaysia, Burma, Cambodia, Thailand, Philippines, Vietnam, Japan, Taiwan, China, Hong Kong and Macau.

Scoot is one of the offspring of Singapore Airlines. It is a low-cost airline with routes to Australia and China. Their plane is Boeing 777 which came from their parent company.

Singapore Airlines is the top airline company and official flag carrier of Singapore. It offers trips to Southeast, East and South Asia. It also travels non-stop from Singapore to Newark and Los Angeles with their Airbus A340-500. The airline has Airbus A380 which is the largest passenger aircraft in the world.

Tiger airways is another low-cost airline. It offers trips to Southeast Asia, Australia, China and India.

Valuair is owned by Jetstar Asia. It is a low-cost airline that takes pride in their baggage allowance, in-flight food and seats. It offers trips to Bangkok and Hong Kong.